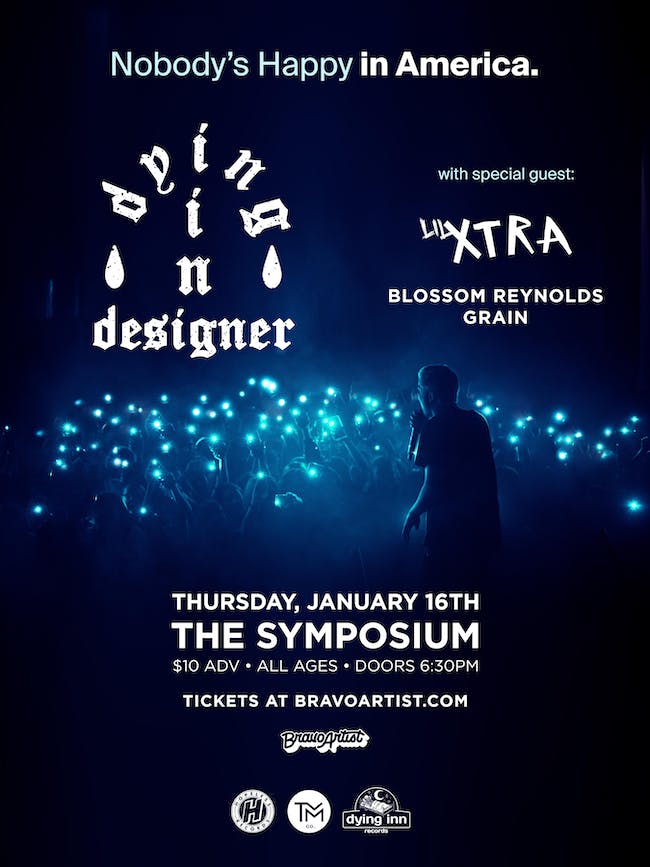 iCal
Google
Dying in Designer live in Cleveland @ The Symposium

Hailing from the South Side of Chicago, dying in designer (formally known as Brewski)

grew up playing in hardcore, emo, and pop punk bands before turning over to rap.

his hit record "Chauffeur" shot by A Zae Productions. His name change was

announced on social media in late August 2018. Influenced by bands like Blink-182,

trap undertones. dying in designer has been working behind scenes with Chicago

guitarist & producer HXXLIGAN. Managed by Paul Koehler, the drummer from

Silverstein, dying in designer is in for a groundbreaking year.